The experienced team at Scottsdale Veterinary Services are dedicated to best practice veterinary care. Animal welfare is of the utmost importance and reflected in the day-to-day care our team provides to our the animals in our clients care. 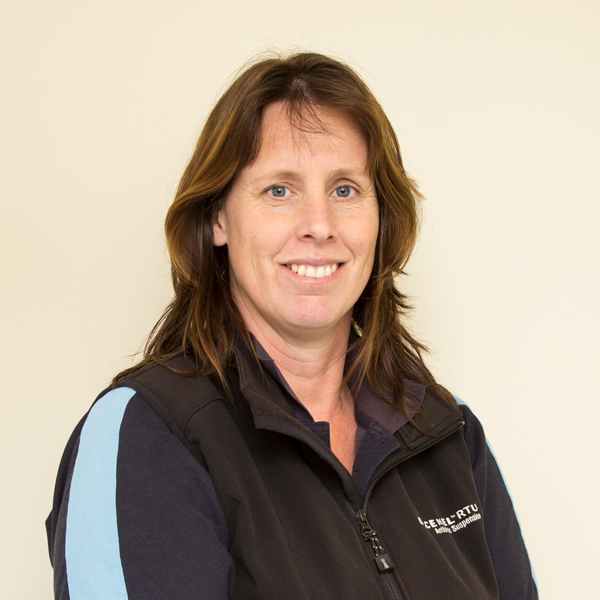 Colleen grew up on a small dairy farm in Taranaki, New Zealand and graduated from Massey University in 2000. Following graduation, she worked at Eltham District Vets for 3 years before getting married and joining Khyle at Patea Animal Health for 18 months. They then headed overseas locuming and travelling around the UK for three years.

They then returned to Australia where she job shared (with Khyle) at Holbrook vets in southern NSW before resigning to locum for a short patch before having her first child Fergus.

They then made the big move to Tasmania in 2010 purchasing Scottsdale Veterinary predominantly because the dairy systems are very similar to those in New Zealand. Since then they have had a second child Archie.

Colleen has a special interest in canine and equine reproduction, and has the aim of starting Transcervial Insemination of Dogs in this area and also freezing and storing dog semen but is very much a jack of all trades. 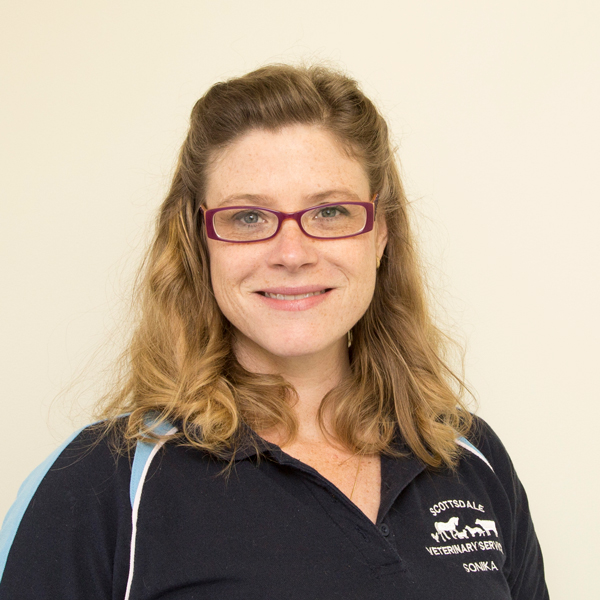 Sonika spent the majority of her life in southern Africa where she acquired her love of wildlife. She earned an Associate of Science degree in Zoo-keeping in Florida and then worked as a zookeeper in Colorado. It was at the zoo where she realized she wanted to be a veterinarian. She moved back to South Africa and graduated with a Bachelor in Veterinary Science from the University of Pretoria at Onderstepoort in 2008. Sonika’s adventurous spirit then led her here to Scottsdale, Tasmania. She met her current partner Brett and his 2 boys Logan and Haydan a year into her stay here. They now also have a very busy 3 year old son Patrick, 2 dogs (Tara and Nyala), and a cat (Madison). Outside of work she enjoys playing golf, cooking exotic foods, and dabbling in mosaics. Sonika is currently working on her diploma in Small Animal Abdominal Ultrasound through the University of Melbourne. Khyle began his working life working for Pfizer (now Zoetis) as a territory manager before deciding that he want to be on the other side of the consult table. He headed to Massey to complete his degree graduating in 2002 and worked for the first two years of his veterinary life in Patea, New Zealand in a predominantly dairy practice.

Khyle and his wife, Colleen headed to the UK to locum and travel for three years after their marriage. On return to Australia Khyle worked at Holbrook vets, a predominantly beef practice, for two years part time while building the family home.

Then corporate life beckoned again and Khyle became a Technical Services Vet for Pfizer (covering the lower half of Australia)! During his time at Pfizer he discovered the vet practice in Scottsdale leading to a move to Scottsdale in February 2010.

Khyle enjoys large animal and orthopaedic work and in his spare time is developing the family farm (using vetting to support his farming habit!) He also enjoys scuba diving, paragliding and paramotoring! 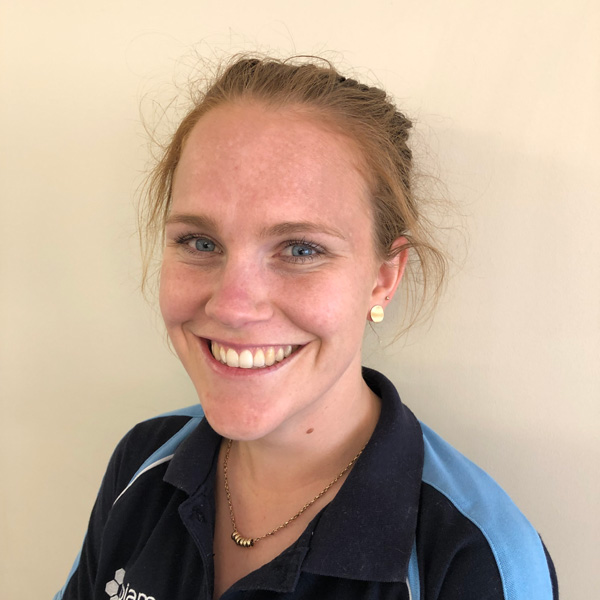 Originally from a small country town in North-East Victoria. Maddy grew up on a small beef farm and has always had a passion for working outside with animals. She graduated from Charles Sturt University, Wagga Wagga, in 2018, with a Bachelor of Veterinary Biology and Bachelor of Veterinary Science. Outside of work, Maddy enjoys playing sport and is currently playing netball and AFL. She also enjoys running, traveling and spending time with family and friends. 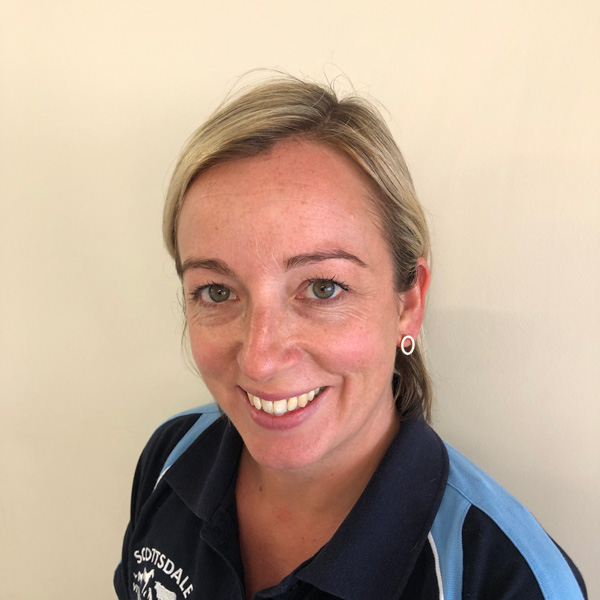 Georgie Vollus graduated from the University of Queensland with a Bachelor of Veterinary Science in 2009. Her first job was in Smithton, North West Tasmania, as a mixed practice vet with a large focus in dairy cattle.

After 5 years in Smithton, she decided it was time to do some locum work. Two years were spent working at various vet clinics in Tasmania, Victoria and New Zealand. It was at this time that Georgie came across the lovely team at Scottsdale Veterinary Services where she decided to return and has been working since December 2016.

Georgie is an accredited NCPD (National Pregnancy Testing Scheme PREgCHECK™) pregnancy tester as well as a qualified examiner for the NCPD. She is also accredited in Bull Breeding Soundness Evaluation BULLCHECK® (VBBSE). Georgie is qualified as a CountDown (Cattle mastitis) advisor and as a Reproright InCalf (Cattle reproduction) advisor.

When not at work, Georgie loves travelling and spending time with family and friends. 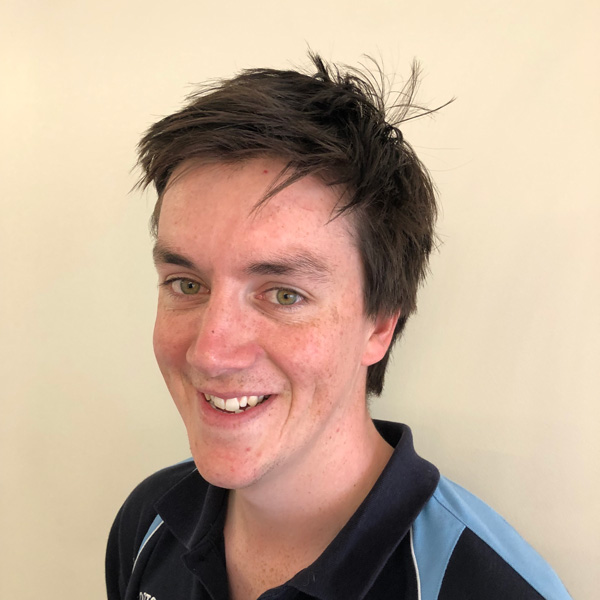 Liam, formerly of Ulverstone, graduated with a Bachelor of Veterinary Science from James Cook University in Townsville at the end of 2017, before returning to Tasmania to commence work at Scottsdale Veterinary Services in January 2018.
Liam enjoys all aspects of mixed practice, and enjoys the community feeling of the north-east. He also runs the puppy school classes at Scottsdale Vets, which has sparked a developing interest in canine behavioural medicine
Outside of work, Liam enjoys hiking/bushwalking, football, and being a pest to his colleagues. 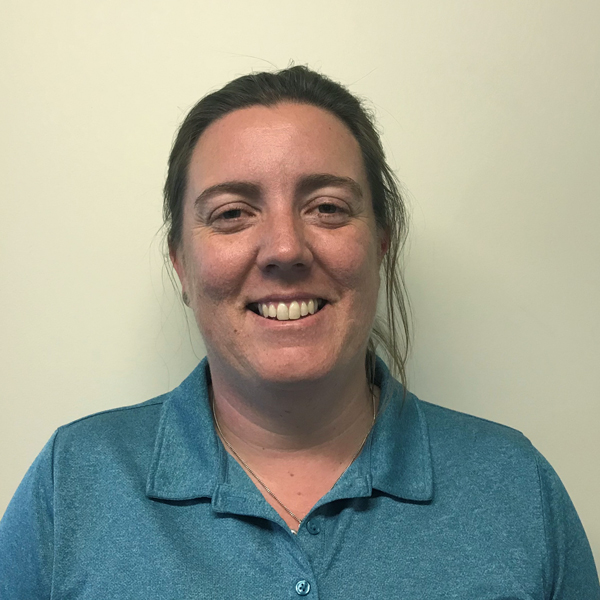 Rosie graduated from the University of Sydney in 2010 and commenced work in a mixed practice at Ulverstone on the central coast. After moving to Smithton Veterinary Service in 2014 she started a University of Melbourne Dairy Residency program in 2015.

In 2019 Rosie joined Scottsdale Veterinary Service and enjoys driving around the green hills on the eastern side of Tasmania.

Outside of work Rosie is an active Girl Guide leader, enjoys watching old movies, the outdoors and baking cakes. 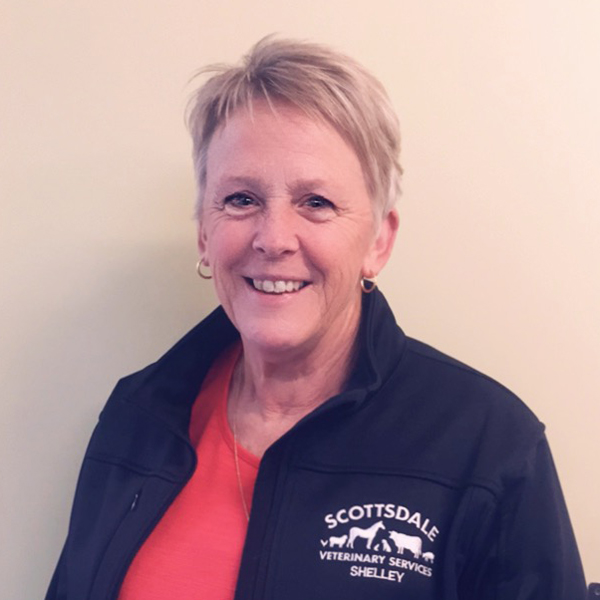 Shelley is very new to the Veterinary Industry. She joined the Scottsdale Team in July 2018 and commenced a full-time position in December of that year in the newly created Clinic Co-ordinator role.

Shelley’s came to Scottsdale Veterinary after 26 plus years working within Local Government.

Shelley is a mum to 5 children and 9 Grandchildren who take up all her spare time on weekends and on rostered days off.

Favourite things for Shelley are watching her children in their chosen sports especially now she has retired from actively participating.

Reading, live Shows and taking her two dogs on walks are also very much enjoyed pastimes. 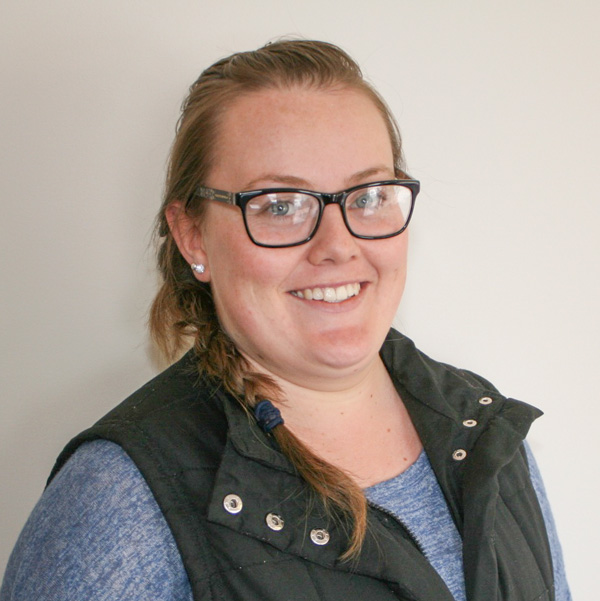 Originally from Scottsdale located in North East Tasmania, Hannah joined the Scottsdale Veterinary Service’s Team as a full time Nurse in 2017, after completing her Certificate 4 In Veterinary Nursing.

Hannah takes great pride in her compassion and attention to detail when dealing with the sick and recovering patients, and always goes the extra mile to ensure the animals remain comfortable in their time at the clinic.

In her spare time, Hannah enjoys spending time out doors with her dog’s and Horse riding. 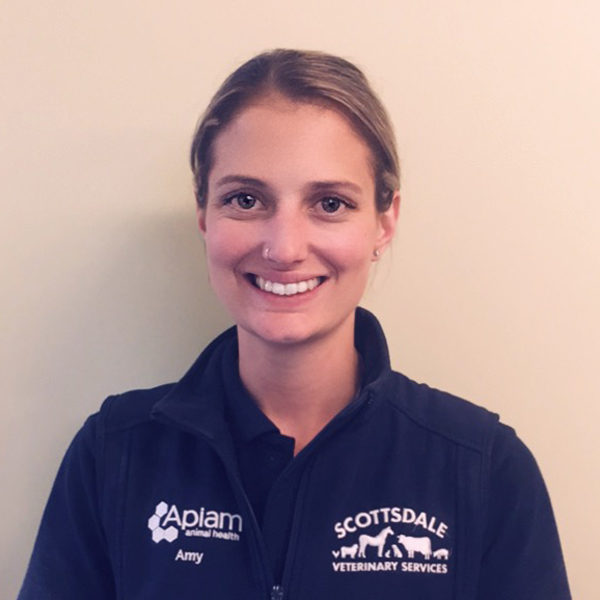 Amy is a proud mother of two children and a proud member of the Scottsdale Community.  She is a passionate animal lover which led her to fulfil her lifetime dream of helping and caring for creatures great and small.

After two years of hard work and determination Amy achieved her Certificate Four in Veterinary Nursing which provided her with the qualifications required to become a member of the Scottsdale Veterinary team.

At Scottsdale Veterinary Services she has been able to fulfil her passion by helping to care for our patients as part of a supportive team of professionals.  Amy looks forward to meeting clients and caring for their beloved pets. 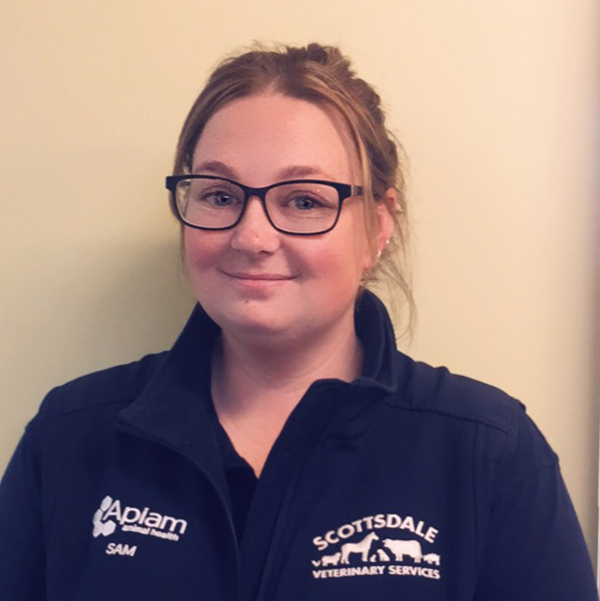 She juggles her time with us along with other work commitments outside of the clinic and being a mum of two boys she has her hands full.

Outside of the clinic she enjoys life with her boys and her Labrador Dakota, and riding her horse. 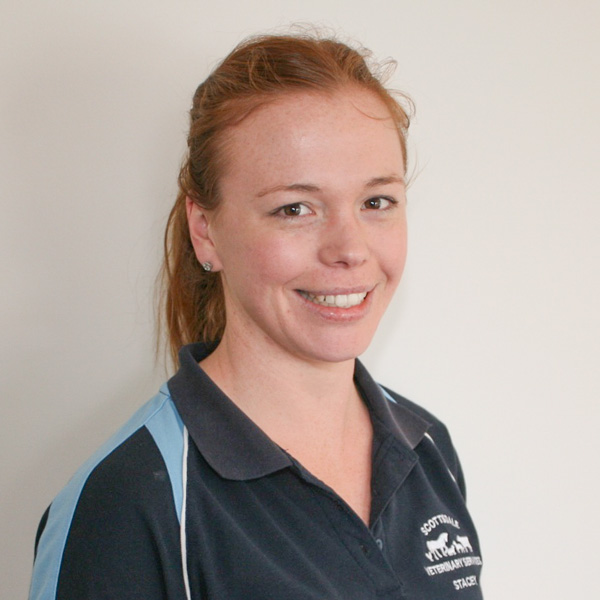 Stacey’s vet nursing career began in 2008 when she left her job as a Fitness Instructor and began working at Scottsdale Veterinary Service.

In 2012 her husband’s career took them both to Victoria, where Stacey secured a job at Portland Veterinary Service.

Twelve months later they returned home to Tasmania to start a family and Stacey returned to work at Scottsdale Veterinary Service.

Stacey loves all aspects of her role at the veterinary clinic from Nursing and Reception to Administration.

In her spare time she likes MTB riding, basketball and spending time with Zach, her 2 children and Shake (fur child). 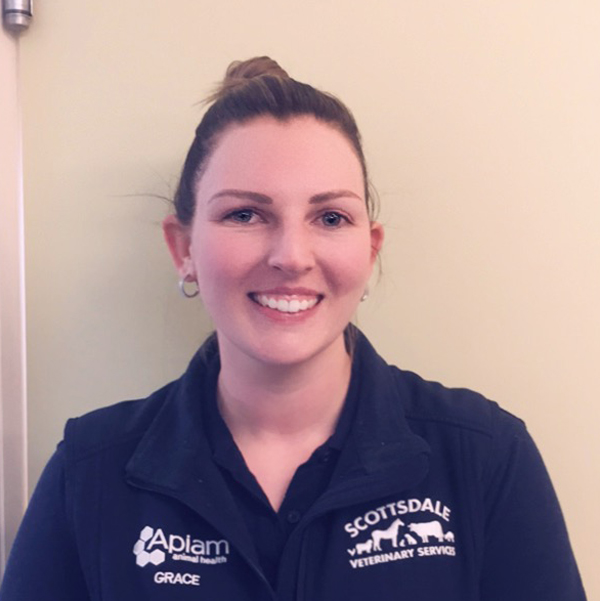 Grace was born and raised in a small town called Legerwood located in NE Tasmania. Coming from a local background has given her the motivation to thrive in the industry and allowed her to form strong connections with clientele. Seeing familiar friendly faces each day is another positive that increases Grace’s enjoyment on the job.

Grace first started in the veterinary industry in 2014 at Meander Valley veterinary service. She enjoyed her time there as well as learning on the job. Due to sudden illness she reluctantly made the decision to resign in 2015.

Four years on an opportunity arose for at the Scottsdale veterinary clinic as the receptionist. Grace has found her passion in customer service and sales and aims to please each client she has contact with. Her fellow peers go above and beyond to make the clinic environment warm and welcoming.

Grace currently lives at Turners Marsh with her partner Sam, cat Oakie and Labrador Dixie. She loves exploring the outdoors and spending quality time with her family.